You are here: Home / Activities / Grace and Courtesy / An Open Door Promise

I awoke this morning thinking of my Grandpa, my Mother’s father, and of a lesson he had passed on to me many years ago. It was one of the moments upon waking when I could feel myself as a child, the ground beneath my body, looking into his eyes as we sat down together and he spoke to my heart.

Over my years of knowing him I learned many things; how to hide vegetables in my napkin during dinner, and then to quietly make my way to the bathroom to flush them down the toilet, how the new garage door opener that he had purchased worked not just on his door, but on all of those that we spent time driving by, pushing the button and laughing together. He was an Irishman, who in all of my days of knowing him always wore a suit, with a wee bit of green as part of his attire. If I happened to stop by, or anyone, by surprise and he was not properly dressed, he excused himself and quietly went upstairs to put on his suit. And, place packets of juicy fruit gum in his shirt pocket for my sister and I to jump up and collect.

To me as a child he was magical, existing someplace between childhood and adulthood. We would have every Sunday dinner there, so many of us crammed in their house, and after eating he would vanish. In a bit we would hear him from above, lying down in his suit, moaning into the heating vents like a ghost. All of us children would scream and dash about, trying to find him, as he found places to hide. For myself and my cousins, he was the one we watched and followed, entranced.

My Grandfather was born in 1898, and his father in 1860. As I got older and considered this fact, it seemed extraordinary. I imagined how much they had both lived through as I learned about history in my classrooms, and their lives seemed surreal to me.

What were real were the lessons that he taught me about people and kindness, and a duty to help when I could. When I was little and we traveled anywhere it was an adventure. I didn’t know where we were headed, but I always jumped in his Scout, or tried to keep up my pace by his side. I noticed how he greeted people, how he introduced me and expected me to offer my hand.

Another thing I learned from him was to always respect my elders. I may not always agree with them, but I should give respect. He never seemed to include himself in the old people he talked about, (sometimes whispering about someone just a few years older than him and a few steps ahead of him), but still he was always a gentleman.

He opened doors, helped carry bags, or sent me along to do so, and soon my eyes were trained to see what I could do to offer help.

One summer day in the late 1960’s, my Grandpa and I were sitting on the ground, leaning against a tree, and he began talking about doorways. He said that when you walk to enter a place, always look ahead and behind you, noticing if there is someone entering or leaving who you might help by opening and holding the door. No matter if you know this person, no matter their age, the color of their skin, the clothes they wore, or how long it took them to get to that door. 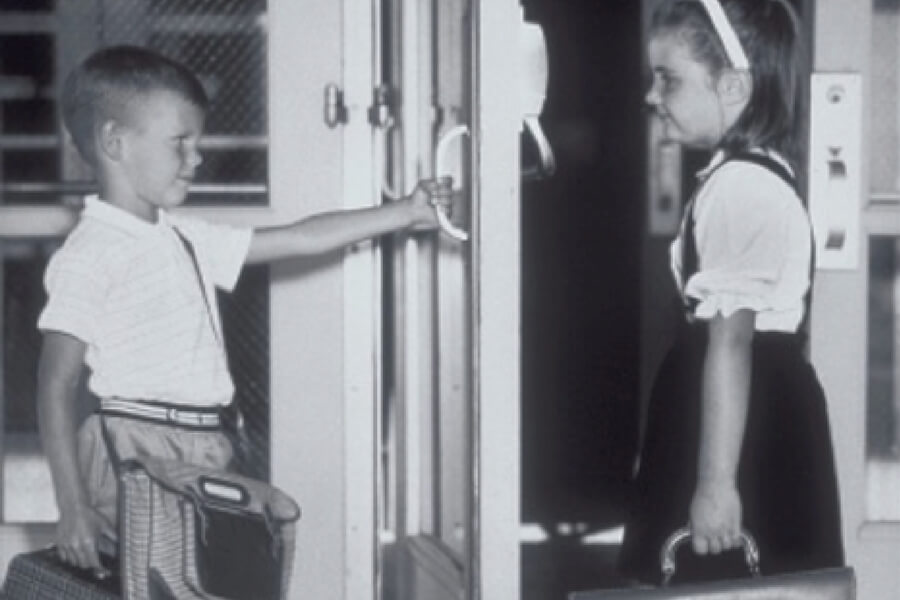 His voice when he said this to me was quiet and loud at the same time. It held a message that even as a child I knew to be about more than just holding a door. We looked at each other for awhile, and then he asked if I understood, and I said yes. Then he asked me to promise him that I would always open doorways for others, no matter who they were, looking ahead and behind me, ready. I said yes, I would. He said he never wanted to hear that I treated another person unkindly because of how they looked or acted, and I felt that I never wanted him to hear that either.

My Grandpa is gone now, and he never knew my own two sons, who are now grown. As they were children and young adults, however, we passed on to them this lesson of helping others. Sometimes it meant sending my boys off to help an elderly neighbor, or a younger child in our neighborhood.

Sometimes, much to my sons’ dismay, it even meant pulling my car over and having them get out and go to help a person who needed assistance.

It has always meant giving respect and help to their grandparents, and always, to open doors.

When I became a Montessori teacher many years ago I was so touched and pleased to learn that lessons of Grace and Courtesy were a part of the philosophy and modeling in the environment. This understanding of kindness, how to be welcoming, was helpful when an adult or child came to me to speak about another person with an opinion of disregard.

After listening to their sharing, I would often ask the child or adult to tell me how they were able to help this friend who seemed to be struggling. This question normally stopped them for a moment, sometimes to contemplate, and sometimes to turn and walk away.

There were some moments, too, when I felt the need to offer the lesson of an open door to my friends in a concrete form. This has happened countless times, but I will share one example.

Every morning upon entering our school building I always held the door for friends entering, or opened the door to welcome them if I was on the inside. This was a ritual, an opportunity to connect with each child and parent. One day when we were finished playing outdoors and I had many children following me to re-enter the building, I stepped a bit ahead of the group and opened the door, entered, and let the door close. The next friend behind me stood there waiting for a long moment, and then opened the door, holding it for the rest of the children. By this time I had sat down in our entryway, and the children joined me. I mentioned what a lovely day it was outside, what things I had seen and felt….and the entire time I spoke I watched the children. Some of them sat with their arms crossly crossed, some of them stared at the floor, while others stared out the door. I finished speaking and there was silence.

Again I acted surprised and asked why I always had to do this…what does it mean for them if I do or don’t open and hold the door? How did it feel to not have the door held for them? The children explained that they felt hurt, that the door closed in their faces and I went ahead and that it felt better when I held the door…they felt safer.

We sat for a bit and then I repeated as well as I could back to them what they were telling me. They agreed with my thoughts, and then I shared some things that I had been noticing lately in our group and Montessori community. I said that sometimes I would arrive at school early and sit in my car and watch the parents and children enter our building, and I saw people go in who didn’t look ahead to offer help, who didn’t look behind to hold the door, who just went in, Children and grownups. And I wondered how the person who had the door closed on them felt. I then shared that I have had doors opened for me, and sometimes not opened. That I like having them held open for me, too, but there have been times I have forgotten people around me and just walked in. I wondered if having both feelings could help me to remember, and to look more closely at what I was doing. And then it was time to go upstairs for lunch. 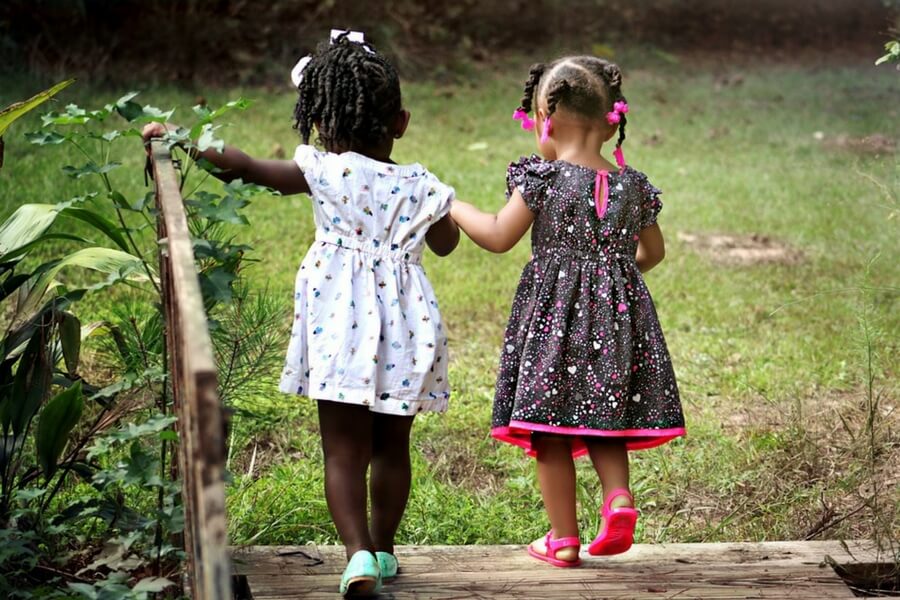 In the weeks that followed I noticed much more awareness in the children of others, whether they were of children or adults. I noticed the surprise on the faces of parents when a child moved ahead to open the door for them, and I also saw the grownups begin to follow this modeling of the children.

The lesson of opening doorways is, for me, a promise I made that is textured with strands from the past, present, and future. When I practice this welcoming of another I also feel welcomed. It is a circular feeling that spreads as I see the surprise and thanks from someone for doing this small thing, full of Grace and Courtesy.

Pamela Green, a mother, Montessori parent, educator and consultant in homes and in schools, continues to be taught and guided by the children and families she serves. She is Montessori certified from preschool through the eighth grade, and taught and served as Head of School in a private Montessori school for twenty years.

Along with being an educator for over 25 years, she has also attended births in homes and in hospitals as a birth doula and assistant midwife since 1990. She currently is Founder and Director of Ananda Montessori Children’s House, which serves families during pregnancy, and from birth through age three. She facilitates a Montessori Parent-Infant and Child Program in her home, as well as teaches Pre-birth education classes.